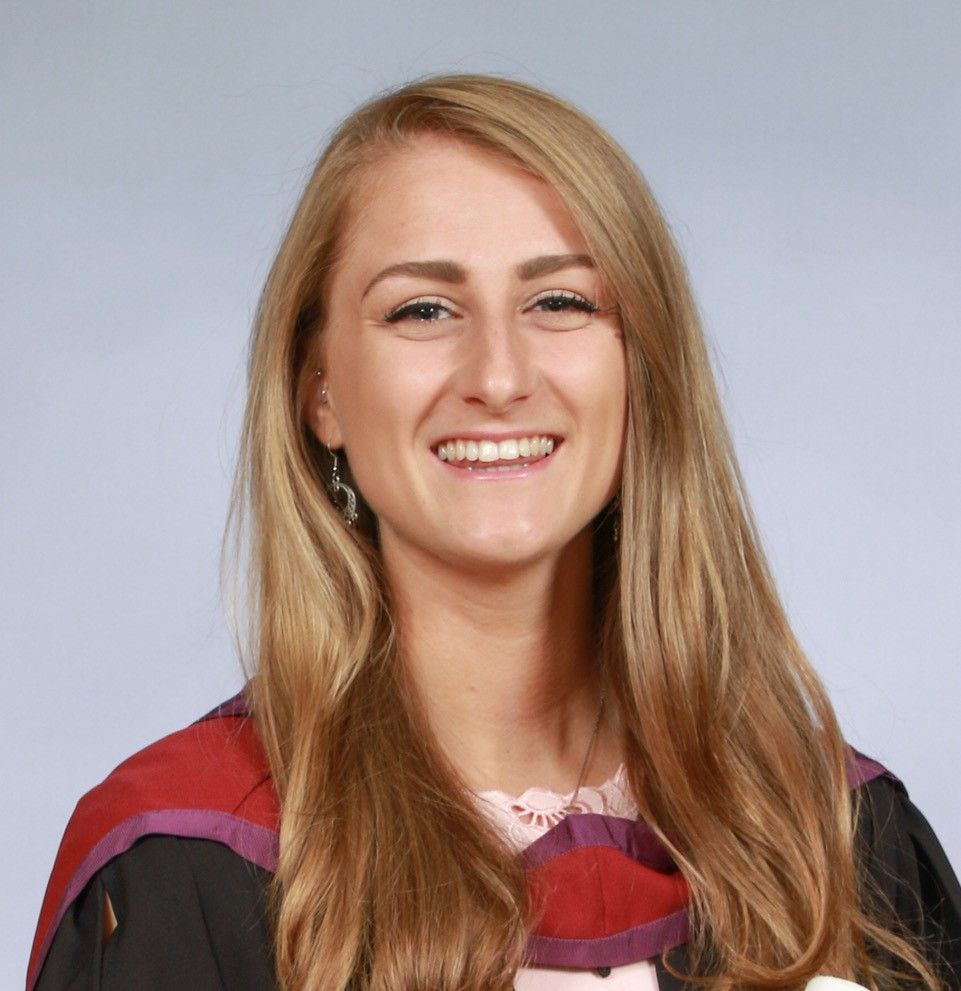 Georgie Rea received the Middle Temple Young Barristers Association Overseas Internship Award and The Hon Sir Peter Bristow Scholarship to support her placement in the Cabinet of Judge Christopher Vajda at the ECJ last summer. Since returning from Luxembourg, Georgie has secured pupillage at Garden Court Chambers to commence October 2021.

A resounding theme ran through the cases which coloured my traineeship at the European Court of Justice (ECJ): the EU’s relationship withthe international legal order. In its early years, the Court strove to cement the principles of autonomy, consistency and uniformity of EU law across its Member States. The relationship between domestic courts and the ECJ established through the preliminary ruling system became the lifeblood of this internal autonomy. However, having soothed the Member States’ teething pains brought about by the creation of this new legal order, in its adulthood the Court is also tasked with preserving the identity of the EU in the face of globalisation and rapidly developing norms of international law. During my traineeship, I encountered
three cases in particular which truly impressed upon me the challenges this evolution presents to the CJEU.

On Tuesday 30 April 2019 the Court held, in Opinion 1/17, that the mechanism for the resolution of disputes between investors and States provided for by the Euro- Canadian free trade agreement (CETA) is compatible with EU law. In light of this opinion, a roundtable event was hosted by the Max Planck Institute of Luxembourg, which brought together members of the European institutions and academics to discuss questions raised by the creation of a CETA Tribunal and Appellate Tribunal, as well as the eventual establishment of an ‘Investment Court System’ (ICS).

The issue at the centre of the discussion was the external autonomy of the EU legal order. Many of the questions directed at the panel concerned the decision in Achmea, C-284/16, where the Court held that international arbitration between Member States under bilateral investment treaties would not be compatible with EU law. Opinion 1/17 makes a clear distinction between the intra-state arbitration in Achmea and dispute resolution under CETA, as the latter represents an agreement between the EU and a third state. This harks back to the idea that internal legal autonomy is a battle the Court considers it has already won.

In order to make a finding of compatibility, the opinion defines the jurisdiction of the Tribunal as narrowly as possible, stressing that the Tribunal would not interpret, apply or make binding interpretations of EU law (other than the provisions of CETA), but merely examine it as a matter of fact. Several panellists felt that the Court’s hands were tied in this matter by the active role assumed by the Union in creating such treaties. The political realities of EU external relations, particularly in respect of investment treaties, has forced the Court to move away from excessive formalism, protecting only the most fundamental features of autonomy.

My largest research task during the placement concerned infringement proceedings, brought by Slovenia against Croatia on Friday 13 July 2018. Slovenia sought a declaration that Croatia had failed to fulfil its obligations under EU law by not complying with an arbitration agreement between the two States intended to resolve their border dispute. Croatia submitted that, as the alleged infringements arose from a border dispute, which is a matter of international law, the ECJ lacked competence to hear the case. The Court addressed the question of admissibility in a separate hearing on Monday 8 July 2019 under Article 151 of the Rules of Procedure. In the months between the hearing of the case and the release of Advocate General Priit Pikamäe’s opinion, I conducted research alongside the Cabinet’s référendaires into the question of admissibility.

In the judgment published in January of this year, the Court stressed its lack of jurisdiction to give a ruling on the interpretation of an international agreement concluded by Member States whose subject matter falls outside the areas of EU competence. The Court held that the infringements of EU law pleaded were merely ancillary to the alleged failure by Croatia to comply with the obligations arising from the arbitration agreement and award at issue. The Court rejected the submission that the arbitration agreement formed an integral part of EU law, thereby protecting the Court’s exclusive jurisdiction and the autonomy of the EU legal order. However, whilst noting that competence in respect of border demarcation is a reserved competence, the Court reached a compromise by requiring the two Member States in question to strive sincerely to bring about a definitive legal solution to the dispute consistent with international law under Article 4(3) TEU, thereby demonstrating its commitment to the strict observance of international law under Article 3(5) TEU.

As in the Opinion 1/17 above, the Court has been forced to grapple with the tensions between internal and external autonomy. In turn, the Court has reached for the fundamental principles contained in the text of the Treaties to highlight its exclusive competence to define its own jurisdiction, and the jurisdictions of external tribunals.

On Tuesday 9 July 2019, the Court heard the Schrems II Case, a landmark hearing, not least because it was the first time the ECJ heard representations from the United States government. After the ‘Safe Harbour’ framework for data transfers between the EU and US was declared invalid in Schrems I, many data controllers relied on the Commission’s Standard Contractual Clauses to continue transferring data across the Atlantic.

In Advocate General Saugmandsgaard Øe’s opinion of the case, published Thursday 19 December 2019, he found the Standard Contractual Clauses to be valid under EU law. He considered that they provide a general mechanism applicable to data transfers, irrespective of the level of protection in the third country. However, he highlighted the obligation on data controllers to suspend or prohibit a transfer when the standard clauses cannot be complied with due to conflicting obligations under the law of the third country of destination.

Much of the hearing was dedicated to the adequacy of the safeguards surrounding access to the transferred data by the US intelligence authorities and the judicial protection available to the persons whose data is being transferred. However, the Advocate General concludes that the Court will not need to consider the legality of the new ‘Privacy Shield’ decision, replacing the Safe Harbour agreement, as the current litigation is concerned only with the validity of the Standard Contractual Clauses.

However, AG Saugmandsgaard Øe stressed that whilst the US Government has committed to rectify any violation of the applicable rules, the Privacy Shield is not accompanied by any legal safeguards which concerned individuals could rely on. In turn, he doubted whether the external, extrajudicial remedy mechanism contained in the Privacy Shield, namely the appointment of an Ombudsperson, would constitute an effective remedy to infringements of the rights under the GDPR for the purposes of Article 47 EUCFR. In the Court’s previous cases, it makes clear that a decision of an administrative authority does not, by itself, satisfy the condition of independence in respect of the right guaranteed by Article 47; rather, it must be subject to oversight by a judicial body with jurisdiction to consider all of the relevant issues.

Whether the Court will address the question of the Privacy Shield’s conformity with the EUCFR and GDPR remains to be seen. However, the AG’s Opinion in Schrems II demonstrates that questions surrounding the EU’s jurisdiction over emerging areas of EU
external law will force the Court to reconsider questions of compliance, competence and autonomy.

The law surrounding the Court’s jurisdiction and its interaction with external tribunals gains increasing importance as the UK becomes a ‘third country’ post-Brexit and its relationship with the EU transitions to one governed by international rather than EU law. Since I returned from Luxembourg at the end of October, we have seen the Brexit deadline pushed back once again, passing on Friday 31 January 2020.

Although the current Covid-19 crisis has forced the Brexit debate out of our headlines, the global response to the pandemic presents its own jurisdictional issues. The World Health Organisation lacks legal enforcement mechanisms for breaches of the International Health Regulations, and some of the measures aimed at preventing the spread of the virus may conflict with World Trade Organisation law, particularly in respect of patent protection granted to vaccines. As such, in the coming years, we
can expect legal actions to be brought before tribunals of varying competencies, including the ECJ, and these jurisdictional questions are likely to emerge anew.

I would like to thank both Christopher Vajda QC and the former members of his cabinet, the Middle Temple Young Barristers’ Association, and the benefactors of The Hon Sir Peter Bristow Scholarship for their generosity in supporting my placement. 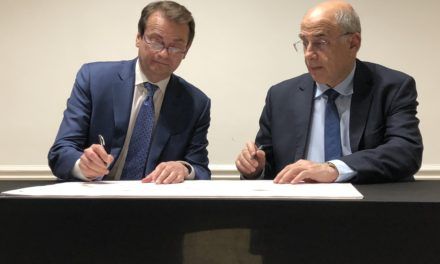