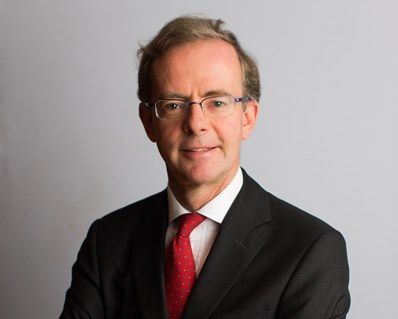 Master Hugh Mercer practises from Essex Court Chambers. He took Silk in 2008, is a Bencher and a Deputy High Court Judge. He specialises in litigation involving issues of EU law, public and private international law, foreign law and public law and chairs the Future Relationship Working Group of the Bar. He is the Former Leader of the European Circuit.

Barristers are in demand to appear in international tribunals which are located in various EU Member States: the International Court of Justice, the European Court of Human Rights, the International Criminal Court, the International Tribunal for the Law of the Sea, the Court of Justice of the European Union (CJEU) and many institutional and ad-hoc arbitral tribunals. For the CJEU in particular, ever since the trailblazers of the Bar set up Charlemagne Chambers in Brussels in the 1970s, barristers have been recognised as among the best advocates in that Court – as Judge Skouris remarked, ‘when we see a wig, we listen’. London has been a hub for EU law advice with many non-EU companies looking to London for advice and representation. What is going to change?

For international tribunals, barristers will generally retain their rights to represent clients under the relevant treaty establishing the court or tribunal. However, in addition, they will need a Schengen visa unless a free trade agreement (FTA) with the EU provides otherwise. For the CJEU, barristers need to join the bar of an EU Member State in order to continue to satisfy Article 19 of the CJEU Statute. That will not however exempt them from the need to obtain a visa unless either there is an FTA or they qualify as frontier workers under the Withdrawal Agreement (WA).

EU law continues to apply to barristers and they therefore retain the right up until Tuesday 31 December 2020 to establish themselves in any EU state under their home title, i.e. barrister. They may also seek to qualify locally either by taking an aptitude test under the Professional Qualifications Directive or via three years’ continuous practice in host state/EU law.

The WA makes the rights in the previous paragraph particularly important because the definition of a frontier worker refers to a person who is established in the EU but not to one who habitually crosses the border to provide services (i.e. Article 49 but not Article 56 TFEU). Taking advantage of the WA is the best way to protect your rights going forward. You obtain the right to equal treatment plus social and tax advantages as set out in Article 25

WA. You are likely to be required to obtain a document certifying this status and both the UK and France for example have announced that they will be requiring such a document. Bearers of that document are not subject to visa requirements in the host state (Article 14(2) WA).

The notion of establishment has been said by the CJEU to be ‘a very broad one … [participating] on a stable and continuous basis in the economic life of [the host state]’ (Case 55/94, Gebhard, §25). Bar membership alone does not prove establishment but the obligation to register with a Bar under Directive 98/5 will assist in providing evidence of establishment. If you are wondering whether to take advantage of the WA (either as an EU lawyer or as a barrister), you might consider a door tenancy/of counsel arrangement. When put together with work carried out/ attempts to generate work prior to Tuesday 31 December 2020, this would assist in proving establishment.

If there is no FTA with the EU, the position for barristers is not promising under GATS. Current EU/UK GATS commitments apply to employed persons but not to independent professionals (i.e. barristers). Business visitor status would cover barristers for conferences but not paid work. The long list of reservations by Member States (nationality, residence, restriction on fly in fly out, six years’ qualification etc.) in previous EU trade agreements evidences a variety of likely restrictions applicable on a state by state basis on the provision of legal services in the EU by barristers after the end of the Implementation Period.

In terms of a possible deal, though the draft EU and UK agreements are quite different in structure, they appear relatively similar (and ambitious) in their objectives for legal services. The Bar Future Relationship Working Group has engaged with the EU and the UK authorities to press for an agreement which guarantees: the right to practise under home country title; a practical route to requalification; freedom for Bars to improve bilaterally (by a mutual recognition agreement) on any deal and reciprocal rights for provision of services without visas. The current problem with the last point is the position of the UK Home Office whose policy is that incoming independent professionals need to have a visa and be sponsored. Needless to say, the Bar Council is engaging with Government on that point too!