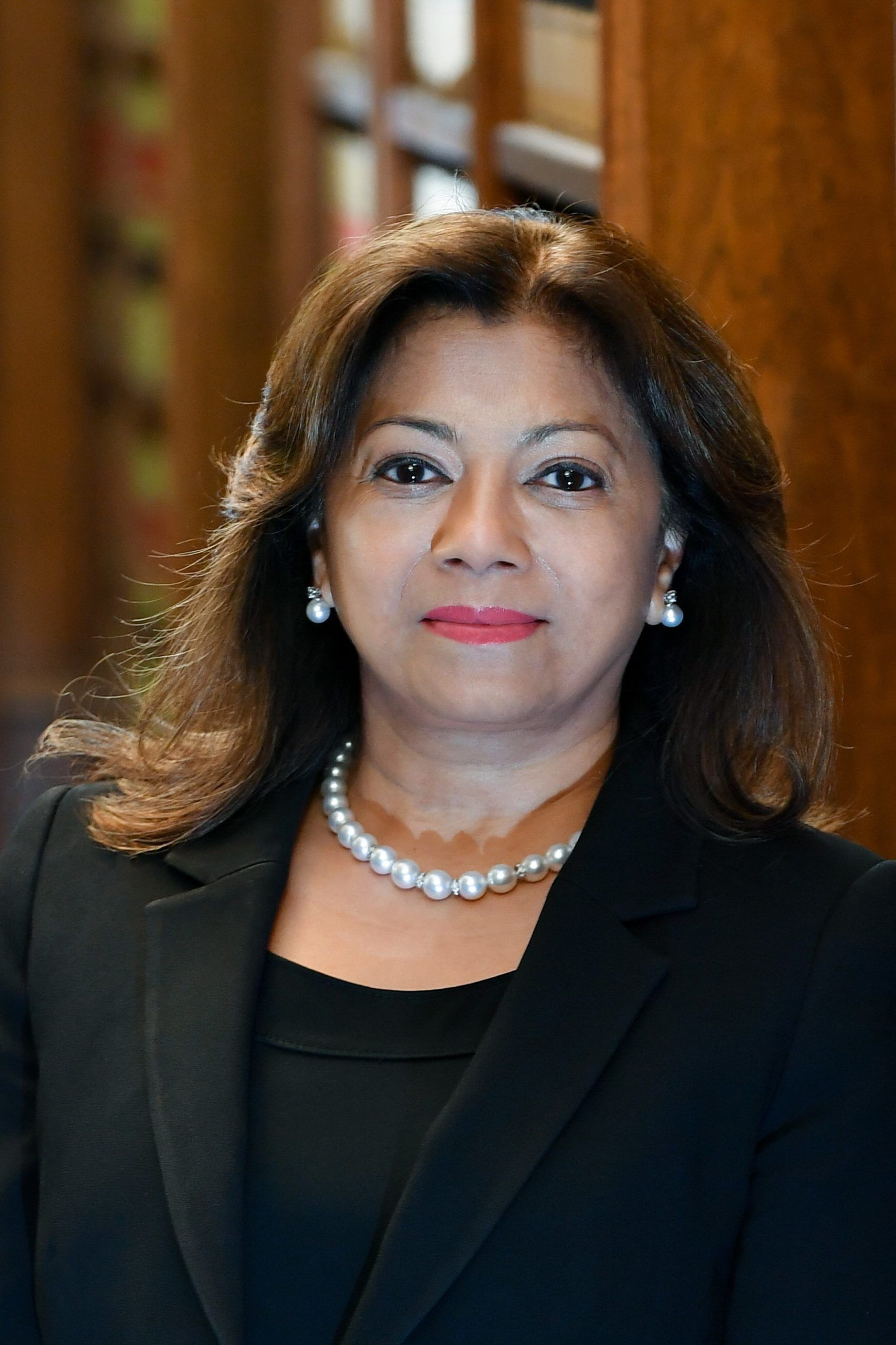 Master Usha Karu was Called to the Bar in 1984 and practised in crime. In 1998, she was appointed Assistant Recorder, a Recorder in 2000 and a Circuit Judge in 2005. Between 2014 and 2018 she was the CJ Commissioner, Judicial Appointments Commission. She is Resident Judge of Inner London Crown Court.

Whilst many of the challenges of the past are no longer, there are many that remain and new ones that appear which perhaps nobody foresaw. For women and ethnic minorities the particular challenges we face have been well documented. One particularly example comes from Nemone Lethbrige, who having been Called to the Bar in 1956, recalled that when she secured tenancy she was promptly informed that a Yale lock had been installed on the lavatory in chambers and whilst all the male members of chambers had been given a key, she would have use of the lavatory at one of the coffee houses on Fleet Street.

So, a little bit of history about some of the women who rose to the challenges which restricted access to the legal profession and the Bar, and who paved the way for future generations:

Cornelia Sorabjee, an Indian, was the first woman to undertake the postgraduate BCL degree at Somerville College, Oxford, commencing in 1890. She would not receive her degree for another 30 years.

Ivy Williams was the first woman to be Called to the Bar in 1922. She completed the BCL in 1902 and went on to obtain an LLD in 1903, but was awarded her degrees only in 1920. She became a lecturer in law at Oxford.

Our own Helena Normanton, who was Called to the Bar a few months after Ivy Williams, was the first woman to practise law in England. And, along with Rose Heilbron, she was the first women to take Silk in 1949.

In 1933 Stella Thomas became the first African woman to be Called to the Bar by Middle Temple. She was a Yoruba Nigerian, of Sierra Leonian descent, and returned to practise in Nigeria.

Dame Elizabeth Lane was the first female judge appointed to the county court in 1962 and, three years later in 1965, the first female High Court judge. She is credited with introducing ‘Your Ladyship’ into the legal vocabulary after years of being addressed as ‘My Lord’ in court.

Barbara Calvert was the first female head of chambers, the second female Bencher and the first female Reader in 2001. Her Reading was entitled ‘Sex: Does it Matter?’ and she concluded: ‘Yes, in your private lives, but no longer in your professional lives. There is no height a woman cannot scale’. So right she was.

Since then there have been eight female Readers. I am the ninth and I think I have the dubious honour of being the first BAME Reader.

Without these fine women, amongst many others I have not named, showing us what is possible, many of us may never have come to the Bar and achieved so much. In 2005 I became the first female Circuit Judge from the Indian subcontinent. As the saying goes, ‘if I have seen far it is only by standing on the shoulder of giants’, and indeed, even if I wasn’t a mere 5’2”, I would still be surrounded by giants!

I came to the UK from India at the age of 17, completed my A Levels and went to North London Polytechnic. I completed the GDL and was Called to the Bar in 1984. At that time, approximately 700 or so home students qualified each year. There were probably just over 5,000 practising barristers in the UK (only 696 females). Diversity statistics are not available for that period but from personal experience I can tell you there were not many BAME barristers, especially females, and certainly not at the Criminal Bar.

It was always my intention to practise crime. I thoroughly enjoyed it – every day was different. In those days tenancy was the gold dust that pupillages have now become. At that time female barristers were not permitted to wear trousers as court dress, there was no maternity leave, and women were usually farmed out to do family work; certainly not expected to practise in serious crime.

Quite early on I had decided I wanted to become a Circuit Judge sitting in crime and in 2004 (before the JAC came into being) I applied and was successful. In November 2005 I was sworn in as a Circuit Judge. It will be 14 years this November.

According to the Bar Standards Board, in 2018 there were just over 16,500 barristers. Women constituted just under 40% and non-white barristers just under 13%. In the last 4 years, the percentage of female pupils has been greater than male pupils – females make up 50.4% and males 49.6%. Not surprisingly, the majority of tenancies have gone to women.

Our criminal justice system has evolved through the ages. In the 21st Century it has become the subject of debate. It continues to endure because the innate sense of British justice rises above such concerns. Renowned and respected worldwide for its fairness and integrity, its flagship, if I may say so, is jury trials portrayed by images of barristers in wigs and gowns. There is much interest from countries as far-flung as Japan and China who are interested in borrowing some of its features. The English qualification is a kitemark of excellence and, not surprisingly, attracts international students.

Firstly, there is the challenge of simply getting there. Of those who apply to do the Bar course, roughly a third go on to complete it successfully. Each year there are roughly 3,000 applicants for a little over 400 pupillages, yet I am still heartened by every marshal I meet.

It may appear that perhaps the age of austerity has resulted in the criminal justice system being governed less by the golden thread of the presumption of innocence that Viscount Sankey referred to in 1935, but more by monetary considerations. Defence barristers feel as though those who hold the purse strings view the golden thread as being more like the Gordian knot, something to cut in the name of efficacy and savings. I do not think this is an accurate statement of the current situation but probably reflects the feeling that the criminal justice system is no longer the Crown jewel that it was.

Spending on legal aid has shrunk by more than a billion pounds in five years.

In real terms the effect of this is that more defendants represent themselves so there is a greater burden on the prosecution and the judge to ensure the trial remains fair. The trial is likely to take longer with each step in the trial process being explained to the defendant. Does this really save money?

Of late, there has been a severe reduction in sitting days for Crown Courts which means courts are not sitting to capacity.

For several years now all of this has been driving away young lawyers and some of the most experienced practitioners.

Less work and lower numbers of practitioners means the talent pool for silks and judicial appointments will shrink. This has a much harsher impact on diversity and those from less advantageous backgrounds; the very sections of society who require support.

In the latest Circuit Judge statistics, of 670 in post, 31% are women and only 4% are BAME. That figure of 4% has not changed since 2017. The Judicial Appointments Commission stats show that BAME applicants accounted for 22% of all applicants. 15% were shortlisted and 14% were recommended for appointment. In the 2018 Circuit Judge exercise of 33 BAME applicants, 17 were shortlisted and two were recommended for appointment – 3% . While the figure for women judges has greatly improved, those for BAME judges remains disappointing low. Work is being done to increase the numbers of BAME judges in the courts and tribunals but much more needs to be done, in particular in respect of BAME Circuit Judges who sit in the Crown Court. There are only two female African-Caribbean judges in the Crown Court, no African-Caribbean males at all.

Yet there is much cause for optimism, as both the Ministry of Justice and Crown Prosecution Service are in the midst of reviews of the fees structure and the practicalities of the court service. Things must get better; things will get better.

The reality is the criminal justice system is fundamental to the legacy of the UK. People come from all over the world to study and practise law here, just as I did.

In the last 100 years so much has changed. Who knows what the next 100 will bring. So long as women and men with passion and ability continue to show an interest, with proper care and attention our criminal justice system will remain the jewel in the Crown. 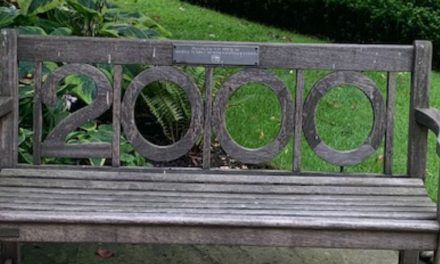 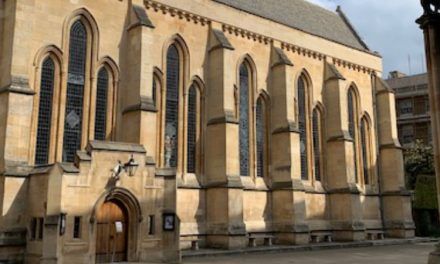