I felt that Middle Temple and the Sponsorship team took particular care and interest in matching sponsors and students; I was thrilled to be paired with a practitioner local to the North Eastern Circuit. Cassie has been an invaluable resource for me throughout the duration of my Bar Professional Training Course (BPTC), checking in on me and providing moral support, and is continuing to offer her help throughout these unprecedented times. Although I was initially nervous when I contacted Cassie, as I was unsure how to introduce myself and what to expect from the Sponsorship Scheme, Cassie has always been happy to assist me with any queries and questions I had, however insignificant they may have seemed to me. This is the first opportunity I have had to get the opinion of a practitioner, and I have found it incredibly helpful to have the insight of someone who has been through the Bar Course and understands the pressures of both the course and finding pupillage.

Further, Cassie was of immeasurable help during pupillage applications, reviewing my draft applications and assisting me in elevating my answers to present my previous experiences in the best light and potentially stand out from other candidates.

During our first meeting my sponsor was extremely frank about her journey to the Bar. I have always known that it was not going to be an easy ride but hearing Shannon speak of how satisfied she was with her choices reaffirmed that it would be worth it in the end. She reassured me that she would do all she could to help me on my way and she certainly has.

Shannon has dissected my pupillage application forms, provided advocacy training and interview preparation, utilised her connections on my behalf and provided me with pro bono opportunities above and beyond the call of duty. One thing I have especially been grateful for was her honest, tried and tested advice for effectively managing the intensity of studying the BPTC whilst navigating the pupillage recruitment process.

What separates the Inn’s scheme from a university careers services is how the Inn places you with newly qualified barristers in your preferred practice area. As a result, my sponsor was able to give me valuable advice on what to really expect when applying for pupillage, attending pupillage interviews, and practising at the junior end of the Bar. It is true that some of those topics are covered in various talks and panel events on how to secure pupillage. However, what made my sponsor’s advice particularly valuable was how it was specific and tailored to my situation. It went far beyond the generic advice I had received at the pupillage talks and events I had attended.

After our initial emails, my sponsor invited me to his chambers to introduce himself and to show me around. On the day of our meeting, my train broke down. I felt a rush ofpanicasIdidnotwanttoseta bad first impression but when I rang chambers and explained my situation Jason could not have been more understanding.

I was given a tour of St John’s when I arrived – the chambers is beautifully decorated and felt like a maze, as each corridor led to another. I was led into a conference room and suddenly I felt like I was in a job interview. However, Jason was immediately so friendly and welcoming. He did not fit the mould of what I deemed to be a stereotypical barrister and his story of how he became a barrister was not a ‘traditional’ one. He gave me an insight into his life as an employment barrister and the types of cases he worked on. He offered me a lot of advice that day, from finding something interesting to make me stand out on applications to telling me to keep an open mind when thinking about areas of law to specialise in, as you never know where an opportunity may arise.

In February, I undertook a three day mini pupillage with Jason and I cannot stress enough how valuable those three days were. The case was extremely intriguing, I had the opportunity to see first-hand how important client-barrister relationships are, and watching Jason skilfully cross-examine the claimant was an invaluable experience which gave me an insight into real life advocacy well beyond what can be taught on the BPTC.

Each day, I looked forward to lunch so I could ask endless questions about the case, the profession and pupillage. He assured me that not obtaining pupillage on the first round of applications is not the end of the world and offered advice as to what to do in the meantime, for instance considering joining the police or an advocacy company such as LPC Law. However, he warned that a lot of applicants follow the advocacy route and I needed to do something that stood out. Jason told me that it was never too early to start building relationships with solicitors which would be an asset to my future career. After each day in court, we went back to chambers and Jason introduced me to pupils and pupil supervisors. I asked them all sorts from advice on pupillage applications to life as a pupil. It may be cliché, but from my experiences on that mini pupillage, I am more motivated than ever to become a barrister.

I was offered a sponsor whose criminal work was somewhat different to the areas I envisaged joining, but this difference from
the outset served to open my mind to the prospect of a broader practice. This in turn informed and expanded the types of chambers that I considered applying to. My sponsor’s pragmatic approach to the process encouraged me to consider other areas outside of crime whilst also underpinning the importance of focussing my application, not to mention the activities that would form the supporting evidence on the form. Upon a first read through of my academic credentials, alongside my tentative legal experience and voluntary roles, her advice from the outset was constructive. She was frank about what needed to be improved as well as commending me for the efforts I had undertaken.

We met up every two to three months after our first meeting and what followed from our conversations in person was a constructive ‘what to do next’ framework sent via email immediately afterwards. She recommended, in light of a busy work schedule in between my GDL and BPTC courses, how I prioritised my time, starting with an improvement of my oral advocacy. This in turn encouraged me to get involved with mooting both at the Inn and through local debating societies. Having missed the initial start of the 2019/20 mooting season at Middle Temple, I got involved in timekeeping, which offered me an opportunity to gently ease myself into an area that was lacking on my CV. As times have changed under the current restrictions we now face, the final meeting we had in February 2020 discussed the opportunity to realign my interest in historical writing and research toward a more legal focus. This was an idea that has now formed a central project during the lockdown, an opportunity to utilise the vast amount of time I now have at my disposal. And what an opportunity there is to write about the litany of legal issues and challenges that stem from these unprecedented times. I know an expansion of writing beyond the remit of my original degree subject will enhance my knowledge of current legal trends and forecasts, whilst simultaneously honing my written advocacy. I am now seven months in from my first meeting with my sponsor and the experience has already fundamentally refocussed my journey toward pupillage and the steps I should take.

Who is eligible to act as a Sponsor?

Apart from Benchers or Silks, who are likely to be distant from the problems currently experienced by new entrants to the Bar, and Judges, who are no longer in practice at the Bar, all members of the Inn who have qualified and are in practice at the self-employed or employed Bar, including recent entrants, are eligible to be Sponsors. Limited experience is by no means a disqualification and in some cases may be advantageous from the spondee’s point of view.

In turn, sponsors may gain an insight from spondees as to the content of relevant degrees and BPTC courses and the current trials and tribulations of qualifying, which may be useful to chambers when assessing applications for pupillage etc.

We will aim to allocate you one spondee per year, however if you are able and willing to have more than one please let us know. The official sponsor-spondee relationship will last for 12 months from the date of allocation. Of course, with mutual consent, the spondee is welcome to remain in touch with the sponsor after this time.

What does a sponsor do?

A sponsor is not intended to act as tutor or welfare officer, still less can they offer pupillages, but they are always ready to be consulted when spondees need advice, even if only to suggest who is the right person to apply to for further help. A sponsor’s role is not intended to be onerous.

Sponsors can perform a valuable role by:

Students must appreciate that whilst a sponsor may be prepared,where appropriate, to give advice, it is not the role of a sponsor to:

If you are interested in acting as a sponsor or have any questions, please contact the Education team at education@middletemple.org.uk 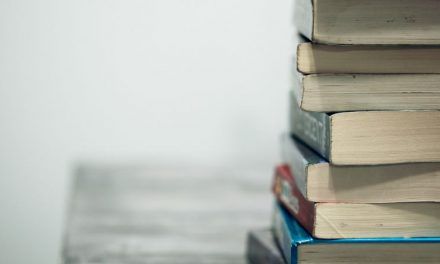 Don’t Let Commercial Awareness be a Bar to Success 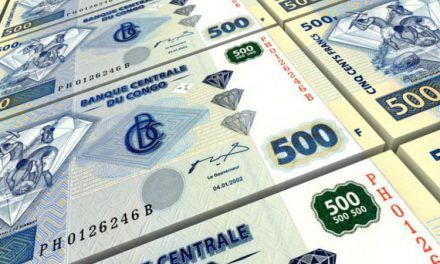